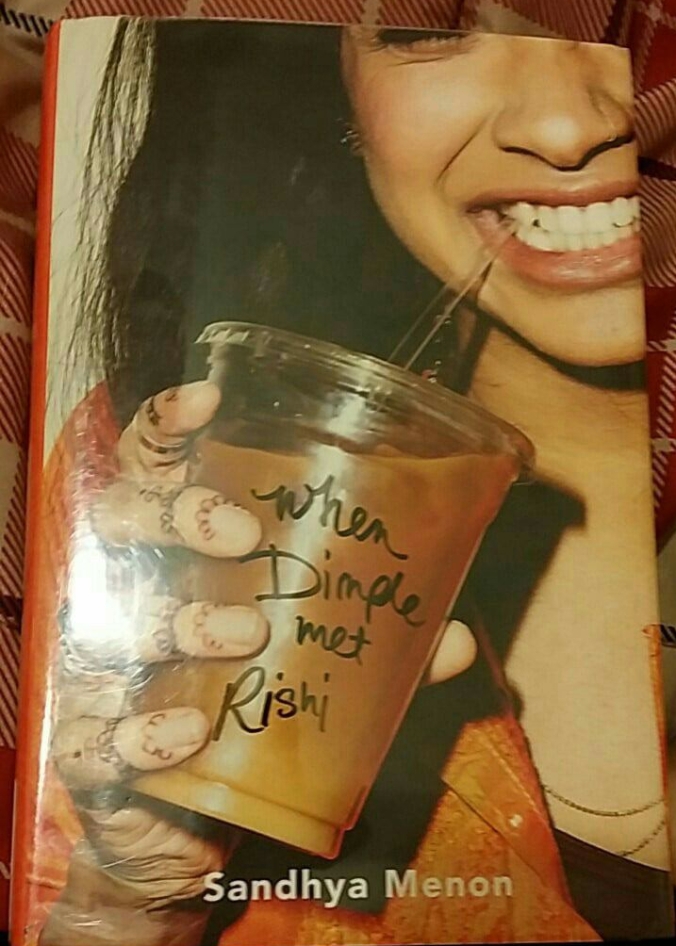 When Dimple Met Rishi is about two soon-to-be college freshmen who attend a summer program for web development in San Francisco. Dimple is passionate about coding and creating an app that’s focused on healthcare. Rishi plans on going to MIT to study computer science and engineering. They are also in an arranged marriage by their parents. Wait, what?

I got introduced to this book through YouTube, specifically through a video from That Bookie. Thanks to my local library, I was able to check this book out. (Get it?) I devoured this book in a matter of hours and I did not want it to end. With Valentine’s Day coming around, this book is a wonderful read to get you in a romantic comedy mood. This could easily be made into a Bollywood rom-com.

Arranged marriages sound very weird to most young adults in the 21st century, but Rishi and Dimple both come from traditional Indian families and as such, their parents decide to have them meet at the summer web development program to see if they can hit it off. Like all romantic comedies, Rishi and Dimple don’t start off on the right foot. When they get partnered up as a team, however, they start to develop a friendship that slowly, but surely develops into an adorable romance.

Dimple is a thoroughly modern lady, geeky and sweet, but determined to not define herself by her looks or her relationships and the last thing she wants is to be married. On the other hand, Rishi is a romantic, very devout in his Hindu beliefs and passionate about something beyond a career in computers or engineering. They’re both hardworking people with way more integrity than the “Aberzombies” in the summer program who act as the main antagonists in this novel.

From a writing perspective, the storytelling is wonderful. It tells the romance from Dimple and Rishi’s viewpoints in a third person limited perspective. The voices are distinctive and I feel very close to both of the characters. Dimple may seem like your typical Tumblr Soapbox Sadie, but she loves her family and genuinely wants to use her passion to make a difference in the world. Rishi comes off as a sweet, classy gentleman, but his desire to be a dutiful son conflicts with his passion for making art and comic books.

My only nitpick with this particular novel is that there’s a small hookup scene. I hope that I don’t sound like a prude, but I would think that the more traditionally-minded Rishi would think to wait a little longer. The good news is that the hookup scene isn’t graphic. It’s a PG-13 hookup scene and it’s a sweet one. But if hookup scenes aren’t your thing, you can just skip over the pages without any issue.

What I love most about this particular novel is that Dimple and Rishi bring out the best in each other. Rishi learns that he can live for himself without disappointing his family while Dimple realizes that finding true love doesn’t mean conforming to the traditional idea of domesticity.

I wish there was an epilogue in this book. I can already see it, actually. Years later, after Dimple and Rishi finish college, they get married and everyone will laugh about how they fist met. Even though Rishi comes from a very wealthy family, Dimple will technically be making more money than him as an app developer while Rishi will go the route of Peter Laird and Kevin Eastman and publish his comic book series independently.

If you’re a hopeless romantic, I highly recommend this book. Some of the vocabulary will be lost in translation, but it’s a lighthearted, sweet read. And seriously, Bollywood, make this a movie!